Elected to the Society 2014

Sally Toms was brought up on a farm at the head of the Great Langdale Valley. From the Lakes School Troutbeck Bridge, she attended Carlisle Art College for a Foundation year. After achieving a First Class Honours Degree in Ceramics at Loughborough College of Art and Design, she was offered a place at the Royal College of Art in London where in 1995 she completed an MA in Ceramics and Glass.

In 2013 she entered the Lake Artists’ Society Summer Exhibition and was awarded the Ophelia Gordon Bell Prize for Sculpture. On winning the award for a second time in 2014 she was elected to membership.

She works in clay and produces a broad range of both figurative sculpture and decorative ceramics. The key elements of her practice are a commitment to the ceramic process. And the pursuit of narrative, from the edgy to the philosophical. Sometimes her messages are “punchy”. Whilst at other times, it is the simple relationship of objects to one another that softly affirms a quiet tale.

Sally works from a small workshop at her home at Ings, near Kendal. “I am really proud to be part of the tradition of figurative makers. I respect it intensely. In my college years I visited the Royal Worcester Factory and saw row upon row of mould made figurines. They made me feel uneasy expectantly awaiting their uniformity. To me the essence of a person is their ‘one-off-ness’ (“they broke the mould when they made him”). I don’t want my figures to be over sentimentalized or ‘prettied up’. Instead I love the idea of them being real flawed human individuals, giving off their own unique stories, lives and characteristics. I intend all of my sculptures to be a moment removed, a piece of life, cut out and up for discussion. In the round, off the paper. Poking the viewer, compelling them to bob down, look all around the piece. Come eye to eye with it. Engage.
By nature surface pattern is just something that satisfies my soul in a way that I cannot explain. This manifests itself as either loosely pressing pattern into the surface, traditionally painting the surface or achieving a particular surface quality through the glaze. The quality of mark making is something which I love to play with. Like in drawing or a painting, sometimes the marks are refined and sometimes they are sketchier looking. I have always drawn and painted. It is a massive part of my process. For me the 2D and the 3D go hand in hand. Each informs the other. I cannot divorce the two. I see all my works as drawings in clay.” 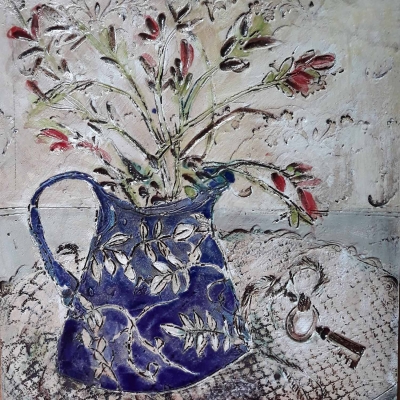 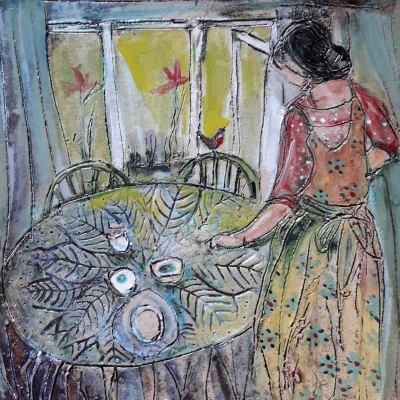 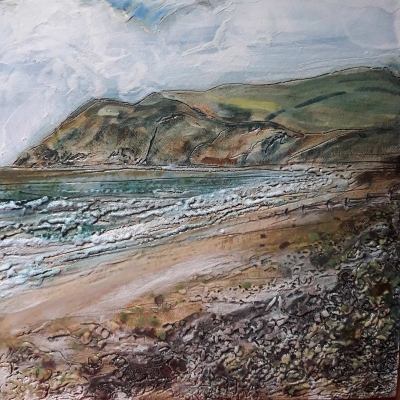 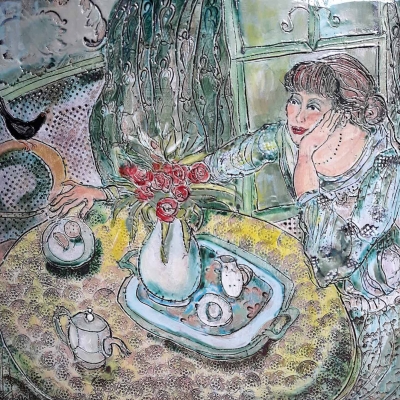 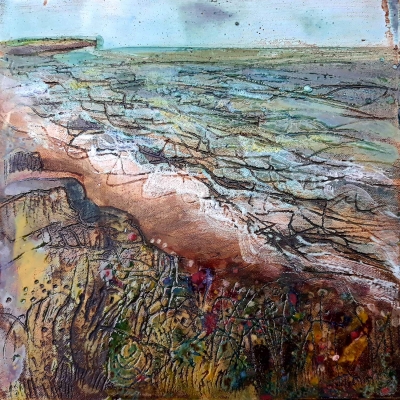 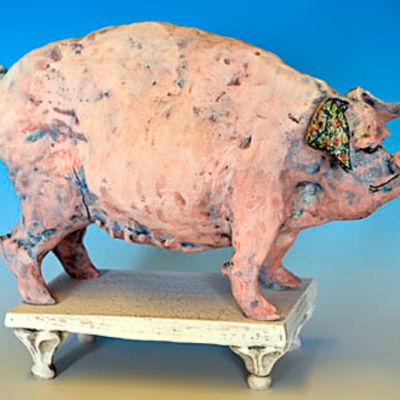 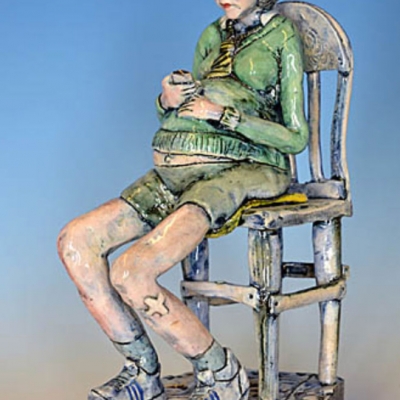 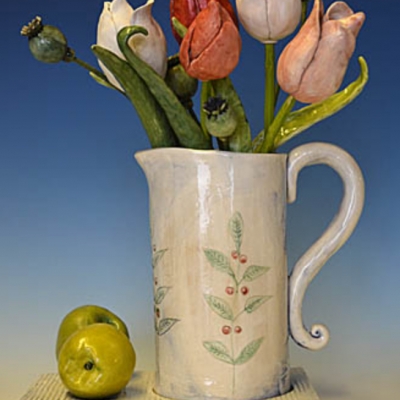 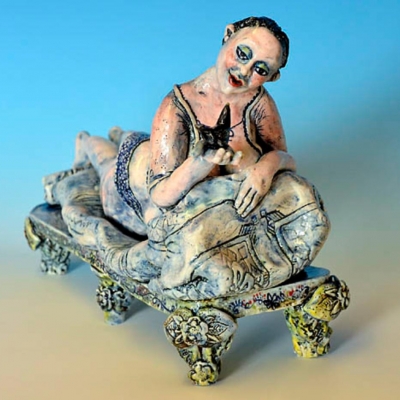 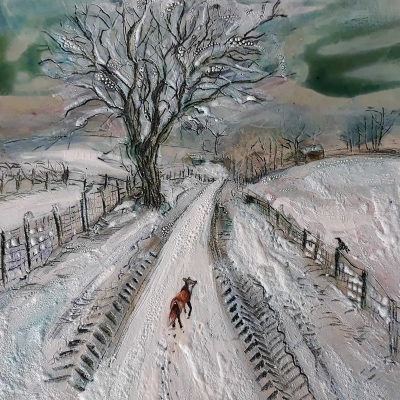 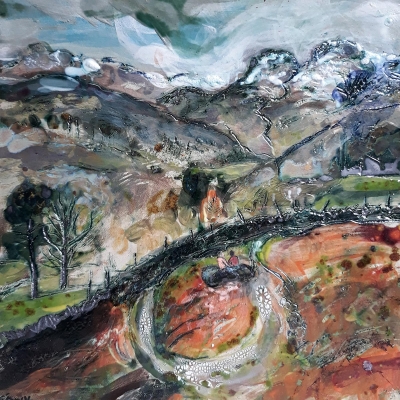 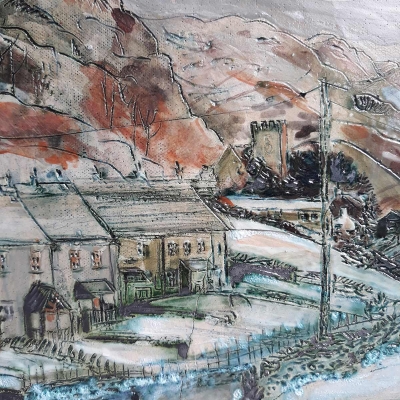