Mark has successfully shown work at The Mall Gallery, Trafalgar Square, London (2012), The Biscuit Factory, Newcastle Upon Tyne 2013-2017, Cumbrian Open, Up-front Gallery, Penrith, 2011 -2017, Brewery Arts Centre Kendal 2014-2016, Lake Artists Society Grasmere Summer Exhibitions, 2016 and 2017, in 2017 winning the Kent Valley award for best work on paper, Ulverston Printfest where in 2017 he won two awards – the Visitors Choice for best printmaker and the Sponsors award for best Print in the showMark grew up in Cumbria where he trained at Carlisle College of Art, progressing to The Norwich School of Art. After a very successful career as a graphic designer in London, Mark moved back to Cumbria in 2006. He works from his Ravenglass home, creating vibrant contemporary landscapes using a variety of media: watercolour, gouache, pastels and oils. He is also an accomplished Printmaker creating colourful original wood and linocuts. Mark’s work sells internationally and throughout the UK. *The BBC has featured his work as a designer of the 80’s & 90’s and more recently as a Printmaker.

*Ref: Mark won the BBC design award for his memorable Royal Mail Greeting Stamps, featuring smiles from the likes of Dennis the Menace, the Mona Lisa and the laughing policeman. This also won him the prestigious D & A D award. (Design & Art Directors Club of Great Britain)
*(BBC1 “Flog It” March 30th 2016) 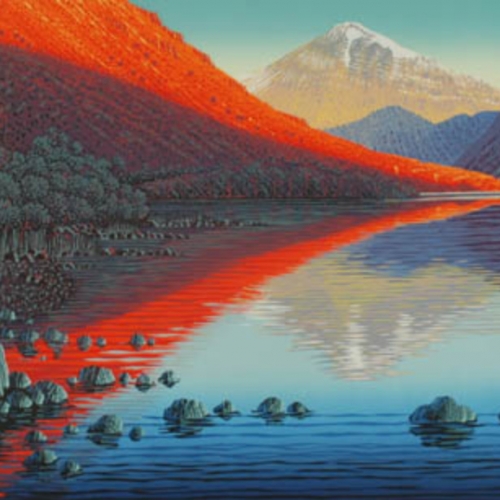 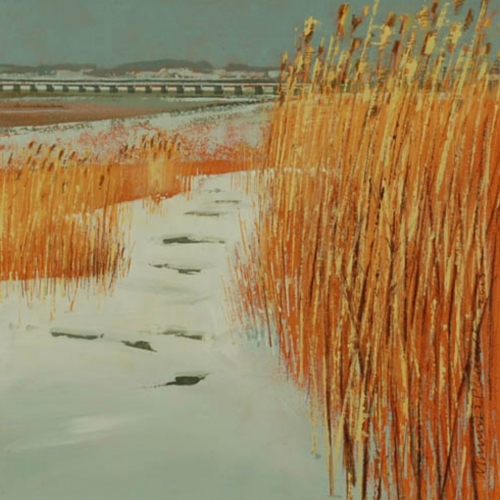 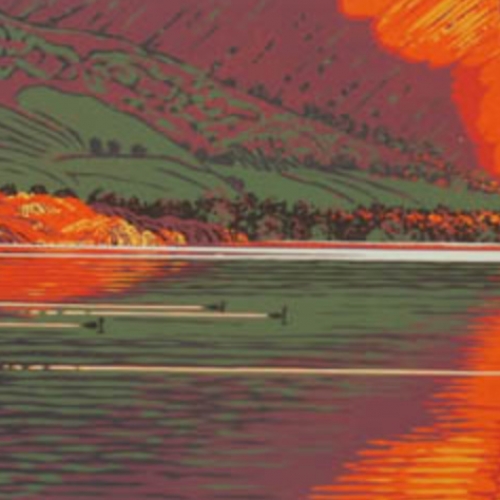 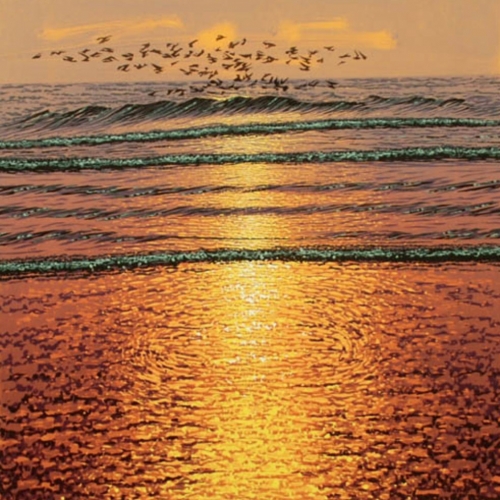 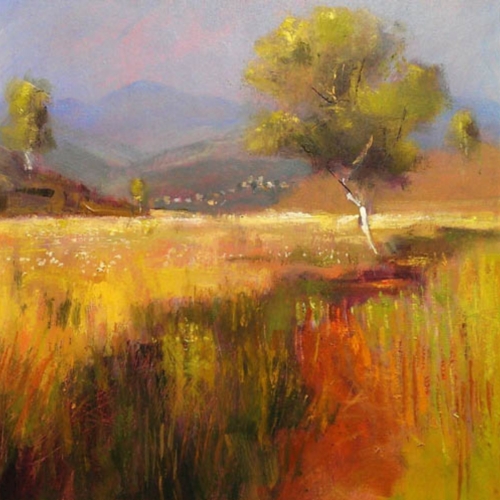 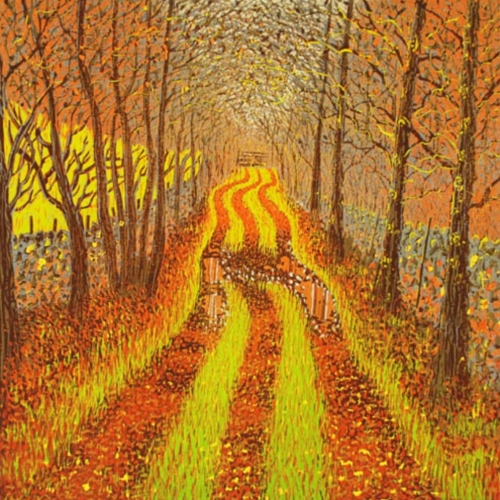