Elected to the Society 2009 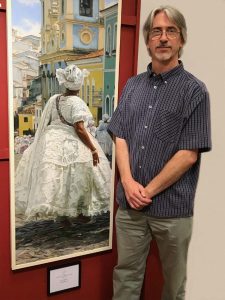 Kevin Chester studied Art and Design at Lancaster and Illustration at Manchester, where he gained a degree in illustration in 1987.

Initially working as an illustrator in advertising, he later concentrated on Fine Art, painting a wide variety of subjects and also restoring antique frames and pictures.

In 1996 he was elected to be a member of the Lake Artists Society, but resigned in 1999 when he left the country to live in Brazil.

Whilst in Brazil, Kevin painted society portraits, politicians, modern day saints and studied the Afro-Brazilian culture of Salvador, the area in which he lived. He produced paintings based upon those studies and in 2001 he and his work appeared on local and national Brazilian TV.

Upon his return to the UK he lived in the Western Highlands of Scotland. There he enjoyed painting the landscape ‘en plein air’.  He settled in Cumbria in 2003 and in 2006 was awarded an Honourable Mention in the ARC’s International Open Salon, in America, for his painting ‘Baiana de Itapua’.

In 2009 he was re-elected to membership of the Lake Artists Society and has since served the society as a council member, exhibition director and President.

Kevin draws his inspiration from many sources and cultures. His subjects include portraits, figures, spiritual personages, landscapes, seascapes and large allegorical pieces inspired by nature. Several of his portraits of high lamas and saints have been recognized worldwide and prints of these can be found in temples, centres, museums and private homes throughout the world.

Although he has worked in most mediums, he now prefers oil painting – enjoying what he sees as the flexibility and vast potential of the oil painting medium. His work is grounded in the practice of life drawing, a subject he taught for 10 years.

He is also a member of the Wirral Society of Arts. 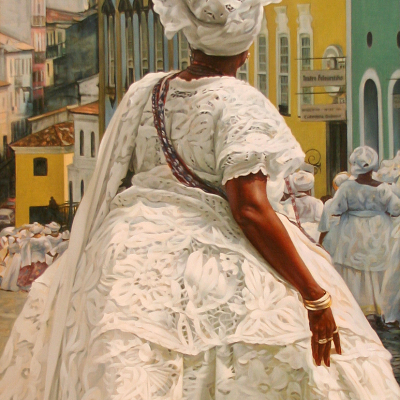 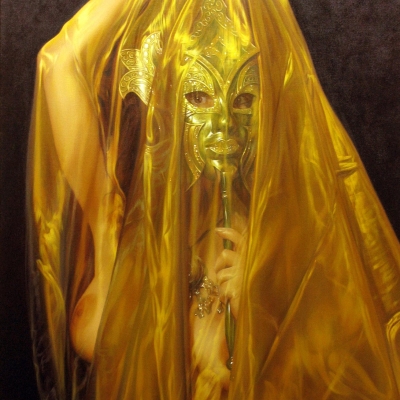 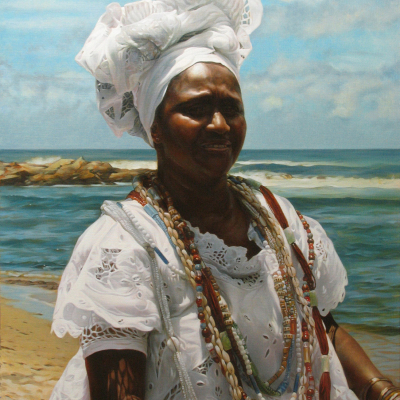 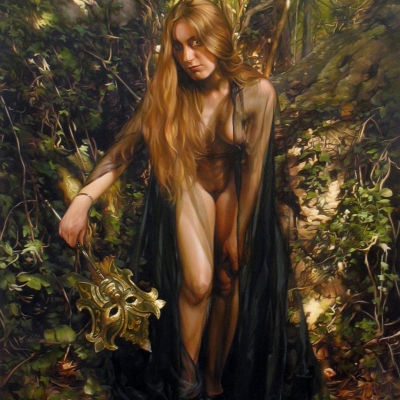 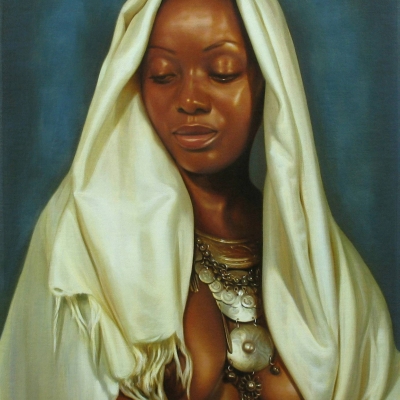 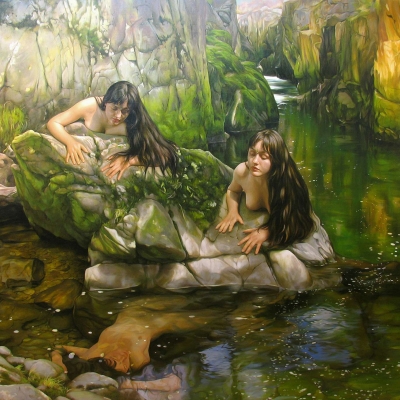 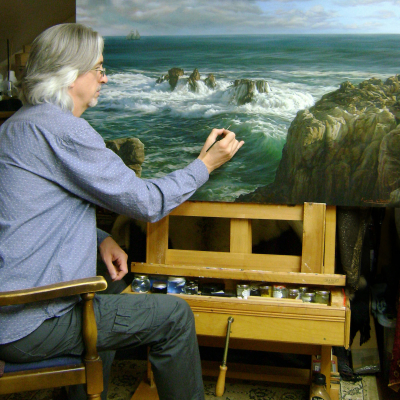