Elected to the Society 2005 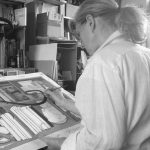 Dawn was always artistic from a very early age when she used to draw upside down! Mr. Morris; her art teacher at secondary school, encouraged her to paint, but she had to leave his class when her parents separated, and had a rocky few months going from one school to another before settling in the Lake District; not learning to paint but choosing to work entirely with pencil or coloured pencil instead. Years later, when she was in her early thirties, fate intervened when Dawn volunteered to help a local amateur operatic society with their scenery, and they gave her the task of painting both sides of a twenty five foot backcloth! It was the start of her life as a painter, and not long afterwards she  discovered the versatility of gouache (on a much smaller scale!) and it soon became her medium of choice.

Early paintings were of local scenes with people as the main focus going about their daily Business; portraiture has always featured heavily in Dawn`s work. But a furtive imagination took her in a different direction when she produced a large gouache dedicated to the magical number seven. It was the first of Dawn`s themed works and paved the way for her many `shelf life` works as Dawn likes to call them.

With every new piece she endeavours to keep things fresh by concentrating on the essence of each new subject, and trying to visualise how it can best be portrayed. This is evident in the painting she produced of Cartmel Priory, where the shelf became a window ledge, and one of the stained glass windows from the Priory was depicted in the background. 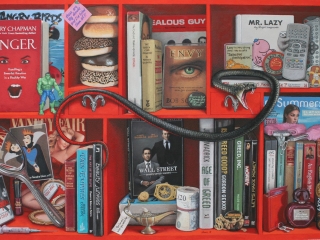 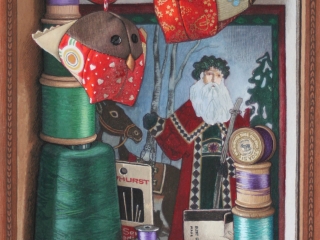 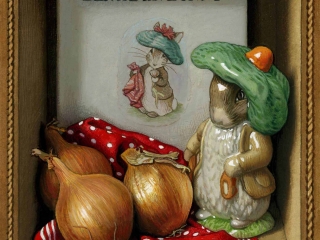 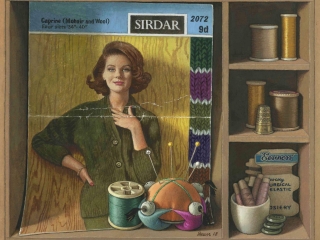 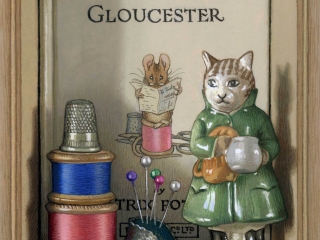 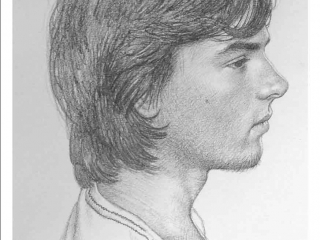 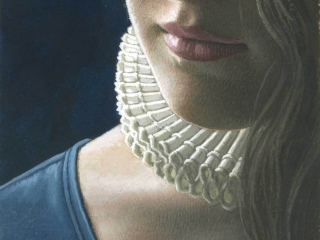 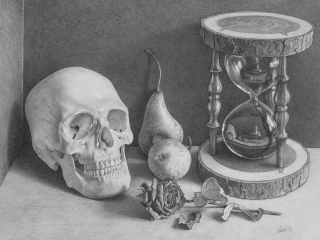