Elected to the Society 2006

She paints out in the landscape using gouache and mixed media capturing the wonder and transience of nature.Fiona Clucas’s inspiration comes from the landscape and wildlife around her home in South Cumbria, favourite locations in Scotland and in her own garden which has become a haven for wildlife. Fiona believes the best way to express what she feels about the natural world is by portraying a particular habitat together with its associated species. Sometimes her work includes a human element to convey the essential connection between people and nature.

Back in the studio she works on larger paintings in oil and mixed media and produces lager tonal drawings in graphite,sometimes tinting them with colour.
In the last few years she has been drawn to the quiet subject of still life.

Awards include: The British Wildlife Award at NEWA in 2016 and The PJC Drawing award at the SWLA in 2012.

More recently Fiona  has joined writer Karen Lloyd and conservationist Tonia Armer to set up Curlew Country South Cumbria.Through her painting and working creatively with the local community she hopes to raise awareness of the decline of one of Britains most iconic birds ,helping these and other wetland birds whose habitats are also threatened. 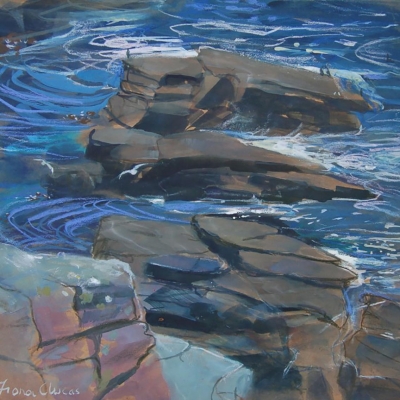 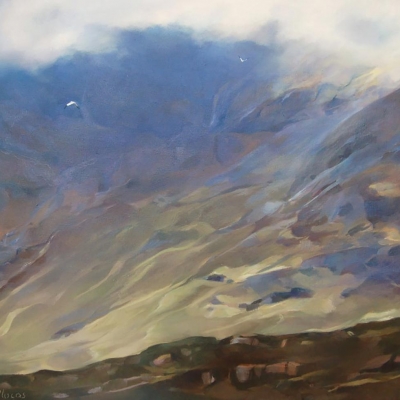 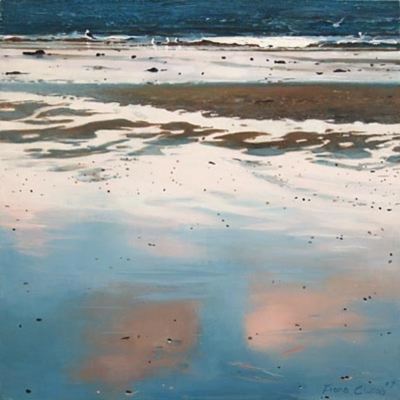 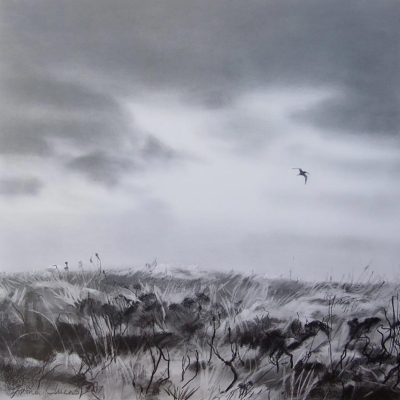 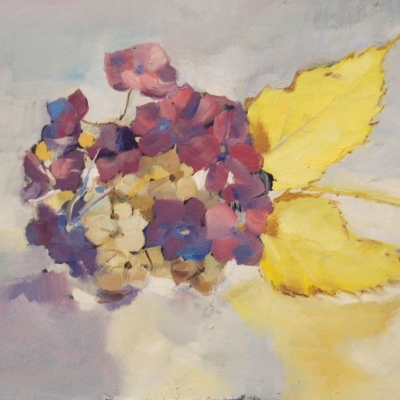 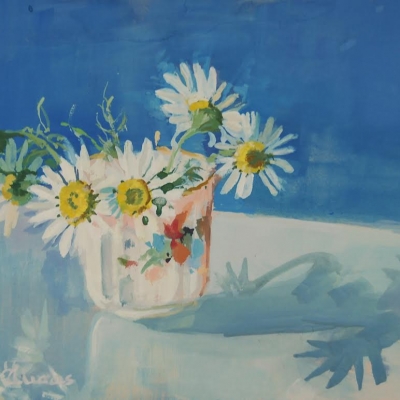 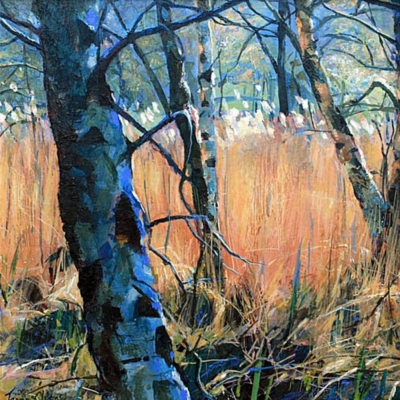